In recognition of his use of media to inspire others and to advocate for mental health and substance use recovery, RecoveryPeople is excited to announce Greg Williams as our 2022 Media Award of the Year recipient. This award is part of a RecoveryPeople campaign during National Recovery Month (September) that recognizes leaders in the recovery community. 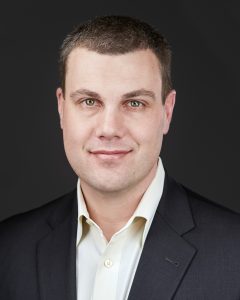 Greg has over a decade of experience working with nonprofits and government agencies on addiction. As a person in long-term recovery from addiction himself, Greg’s work has been dedicated to creating positive changes in access to quality health care and recovery supports for the over 40 million Americans with a substance use disorder. In 2015, he executive produced the historic UNITE to Face Addiction Rally on the National Mall where tens of thousands of people from around the world gathered alongside major musicians to end the silence surrounding addiction. He also produced the 2016 launch event of the first-ever Surgeon’s General Report on Alcohol, Drugs, and Health: Facing Addiction in America as well as the 2021 Recover Out Loud concert event in partnership with Google, iHeart Radio, and Variety.

In addition to this long list of credits, Greg is also an award-winning filmmaker and producer of three feature length documentaries: The Anonymous People (2013), Generation Found (2016), and his latest, Tipping The Pain Scale (2022). Tipping The Pain Scale is a feature documentary film following individuals grappling with the current systemic failures of how we have dealt with addiction in communities and their journey to develop and employ new, innovative, and often controversial solutions to the problem. It features Secretary of Labor, Marty Walsh; NFL Pro Bowl Player, Darren Waller; Spoken Word Artist and Educator Joseph Green; WA State Representative, Lauren Davis; Community Outreach Volunteer, Roz Pichardo; and Boston Police Officer Josh De La Rosa.

Over the following months, RecoveryPeople will co-host recovery events throughout Texas that will include a film screening of Tipping The Pain Scale followed by a community discussion. To learn more or become a community partner, click here.

RecoveryPeople extends special recognition and thanks to The Conservatory in Dallas for sponsoring the award.

To learn more about RecoveryPeople and how to donate to our nonprofit, visit recoverypeople.org